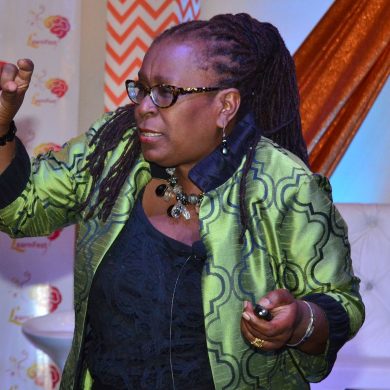 Dr. Claire Nelson has been actively engaged in the business of international development for more than twenty-five years. She works in the area of project development and management, with a particular focus on private sector development. A renaissance woman, she is a Development Engineer,  Social Entrepreneur, and Futurist.

The first Jamaican woman to earn a Doctorate degree in an engineering discipline and the only black in her graduating class, Dr. Nelson holds Industrial Engineering Degrees from the State University of New York at Buffalo, Purdue University, and a Doctorate in Engineering Management from George Washington University. She has served on numerous boards and committees including: US Department of Commerce US/Caribbean Business Development Council Advisory Board; Black Leadership Forum;  DC Caribbean Carnival Association; International Think Tank Commission on Pan-African Affairs, Office of the Prime Minister of Barbados; African-American Unity Caucus; National Democratic Institute/Carter Center Election Observer Mission to the Dominican Republic; Black Professionals in International Affairs; and the International Committee of the National Society of Black Engineers-Alumni Extension.

Dr. Nelson has been a frontrunner in the challenge of placing the topic of social exclusion and diversity on the agenda of the multilateral development assistance institutions. As a result of her pioneering work, she was invited to the Salzburg Seminar as a Fellow in 1997 and 1999 of the Seminars on Race and Ethnicity, in 2000 and 2003 to the Fetzer Institute Advisory Group on Moral, Ethical and Spiritual Leadership; and as Faculty at the Seminar on Leadership Across Geographic Borders and Cultural Boundaries. Dr. Nelson was also a participant in the Bellagio Consultation on the UN World Conference on Racism (WCAR) organized by the International Human Rights Law Group, and was active on the Working Group on Globalization and Transnational Corporations.

Dr. Nelson is Ideation Leader of The Futures Forum and Sagient Futures LLC,  which provides strategic foresight and development futures consulting practice.  She is a member of the Editorial Advisory Board of the World Futures Society, and an emerging voice as a Black Futurist. An award-winning writer and performance artiste, Dr. Nelson’s OpEd pieces have appeared in media outlets such as Morning Edition, National Public Radio; WEAA FM and WHUR FM; and CaribNation TV.